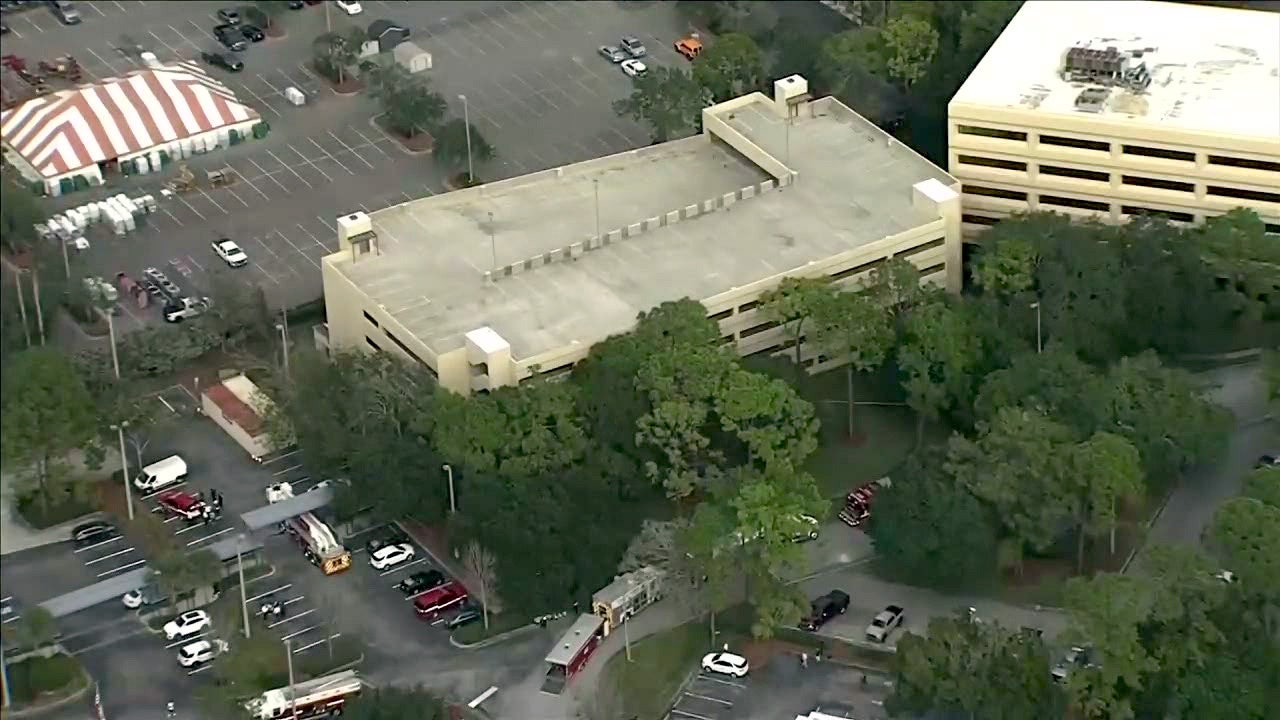 CLEARWATER, Florida – Clearwater firefighters said a construction worker died after a stairwell collapsed in a garage next to the Tampa Bay Water administrative offices on Monday.

First responders from across Pinellas County responded to the parking structure at 2575 Enterprise Road on Monday afternoon.

Officials said two construction workers were making repairs to the stairwell when two floors of the concrete stairwell collapsed, trapping one of the workers below. The other worker was not injured.

Division chief John Klinefelter said a structural engineer determined the garage was safe for first responders, despite visible cracks on the exterior walls of the stairwell.

Tampa Bay Water said the garage is adjacent to their administrative office and is not their building. They said they are one of the many companies that rent out spaces in the parking garage.

The utility added that the construction workers are not employees of Tampa Bay Water.

“Our thoughts and prayers are with construction workers and their families as emergency officials respond,” Tampa Bay Water General Manager Chuck Carden said in a statement.

Family members of the construction workers gathered at the scene Monday evening and were told there was no chance rescuers would find the worker alive.

“We believe at this point it will be a salvage operation,” Klinefelter said.

The cause of the collapse was still under investigation.