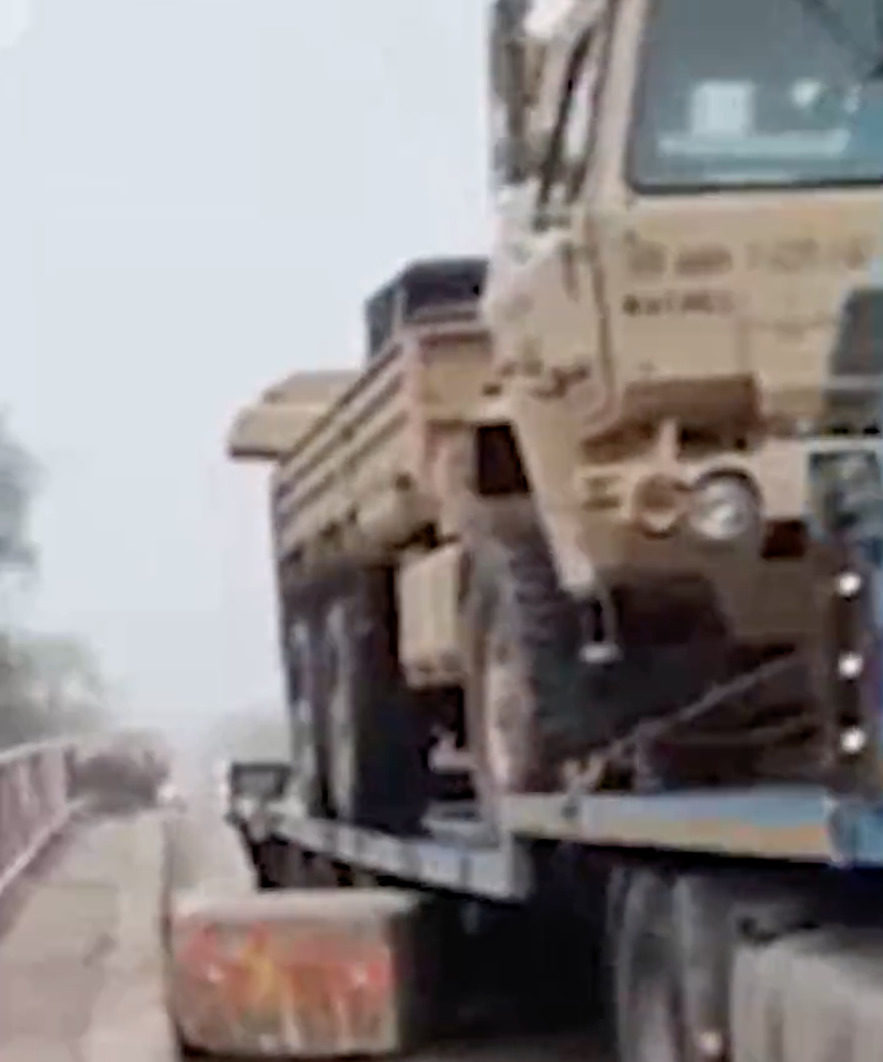 Videos of Romanian citizens in Cincsor blocking construction material from a NATO military base began circulating on social media on Tuesday, September 20.

Footage of Romanian citizens blocking NATO military base equipment was shared on Twitter, with one user posting:

“The inhabitants of the village of Chinkshor, in Romania, are trying by all means to prevent the construction of a NATO military base. Now they have blocked the bridge on which the materials are transported with concrete blocks. »

The inhabitants of the village of Chinkshor, in Romania, are trying by all means to prevent the construction of a NATO military base. Now they have blocked the bridge on which the materials are transported with concrete blocks. pic.twitter.com/92HbzgGLac

The reason why residents of the town of Cincsor, in the Romanian county of Brassov, are blocking the passage of military trucks involved in the construction of a nearby NATO base, is said to be due to fears for the safety of the bridge.
⠀
“In Brasov, a convoy of military equipment got stuck on a bridge in the town of Chinkshor. Fed up with the constant movement of the trucks, the villagers placed concrete blocks in the way of the vehicles.

“The bridge is one of the few access routes to the Chinkshor training ground, where work is underway to build a base for the NATO group,” sources quoted as saying politically.
⠀
Vehicles carrying less than 12 tons are the maximum limit allowed for those wishing to cross the bridge, but the Romanian Ministry of Defense reportedly gave the order to send the trucks there, which were also carrying 60-ton tanks.

Residents say if the bridge is damaged they may not be able to access the roads.

The news follows reports that Romania wanted to increase the number of NATO troops in the country and extend their stay, according to the head of the country’s foreign ministry, Bogdan Aurescu, on June 15.

Thank you for taking the time to read this article, don’t forget to come back and check it out The weekly euro news website for all your up-to-date local and international news and remember, you can also follow us on Facebook and instagram.