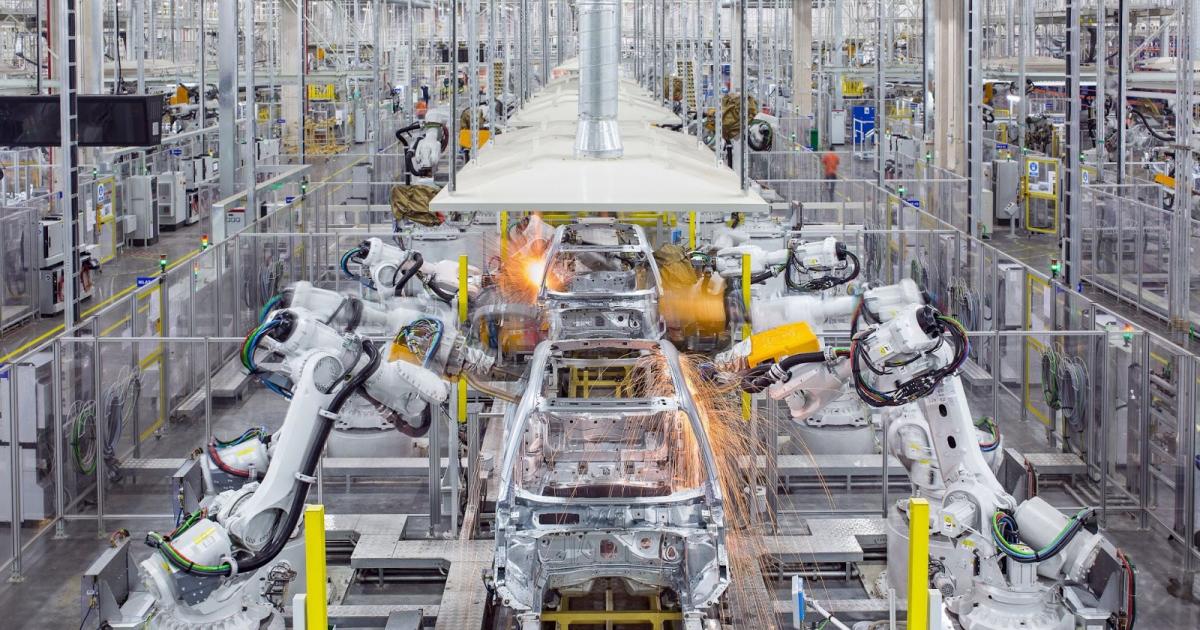 Volvo has a new initiative to reduce emissions: a plan to start manufacturing cars with steel without fossil fuels by 2026.

The Swedish automaker last month signed a declaration of intent with Nordic steelmaker SSAB to commercialize a process for producing steel using green hydrogen instead of coal. According to Volvo, this is the first collaboration between a car manufacturer and a green steel company.

If it were reached, it would be no small feat. Steel is one of the most energy-intensive industries in the world, contributing 11 percent of total global emissions. If steel were a country, it would be the third largest contributor of carbon dioxide, behind the United States and China. And with the United States considering a huge infrastructure bill, it is possible that the demand for steel will skyrocket over the next decade.

Volvo’s announcement illustrates the potential for companies to push new markets for cleaner industrial processes – and how difficult it will be to meet carbon neutrality commitments for manufacturing companies.

Steel is one of the three greatest sources of carbon incorporated in automotive manufacturing, representing 35 percent production emissions for Volvo’s internal combustion vehicles and about 20 percent in electric vehicles, where batteries are responsible for a larger part of the pie. (The other two most important sources of emissions are aluminum and batteries.)

Volvo is on the road to carbon neutrality by 2040, with the intermediate goal of reducing emissions associated with raw materials and suppliers by 25% by 2025. According to Jonas Otterheim, head of climate action At Volvo Cars, there is no way for the company to achieve its climate goals without decarbonising steel.

“When you compare the magnitude of the different categories of emissions, steel is roughly half the material of the car,” Otterheim said in a telephone interview. “To reduce CO2 emissions as much as we hope, we need to reduce them from steel.”

As countries and states seek to reduce their transportation emissions and accelerate the adoption of electric vehicles, less attention has been paid to emissions associated with car manufacturing.

â€œEnd customers don’t know which emissions are coming from which part of the car,â€ Otterheim said. â€œThis is something that we are trying to change right now. People talk about electric cars as zero emissions and the silver bullet, and we don’t necessarily agree with that. it alone is not enough. We need to reduce all other emissions. as well. “

The deal is only the first mile of a long road ahead for Volvo to decarbonize. The plan, according to Otterheim, is to introduce green steel into a concept car or product at an early stage. Then he will test this prototype to make sure the steel can meet the company’s quality standards. Once completed and once green steel becomes widely available, the company plans to increase its use in all of its vehicles.

In other words, green steel cars are still miles from their destination.

Launch a market for green steel

The initiative’s technological challenge is being driven by SSAB and its partners, the power company Vattenfall and the iron ore processor LKAB. Through a joint venture called Hybrite, SSAB is working on a process to replace carbon with hydrogen produced by electrolysis using carbon-free energy sources. (Considering Scandinavia’s energy makeup, this is likely a combination of nuclear, hydro, and wind power.)

Once the green steel is produced, Volvo plans to integrate it into its existing manufacturing process. The deal is non-binding, which means if the steel isn’t up to par or the price is prohibitive, Volvo could stay the course, making cars out of the same dirty steel as always.

According to Otterheim, Volvo is showing its leadership by signaling suppliers that there is a demand for green steel, as well as providing a partner to determine how to use it in industrial processes as soon as possible. And, along the way, claim what will likely be limited supplies for the next several years.

â€œLarge steel customers have to stimulate demand, otherwise the supply will not be sufficient to meet our future demands,â€ said Otterheim. â€œSomeone needs to act early. I think that’s a critical activity for many businesses to do. Starting to sow future demand instead of just talking about it is an important thing.â€

As the net zero pace increases, other automakers have started rolling out plans to reduce emissions globally, including those buried in their supply chains.

The wild card for all of these initiatives is the sticker price. After all, if the premium is too high for low-carbon products, forcing companies to raise showroom prices, consumers could turn to cheaper, less climate-friendly brands. According to Otterheim, Volvo is dedicated to finding the right business models as carbon-free steel becomes a reality.

“The cost of not taking action is probably higher, because one way or another the world has to change and the world has to meet these climate ambitions,” he said. “It’s more a question of how much [green steel] we use by when, instead of cost at the moment. “

MPD partners with Hyundai and Kia to deter theft

Masterplan a work in progress for massive industrial development near Invercargill

Edsel Dope Admits He’s Zer0, But Not Who You Think