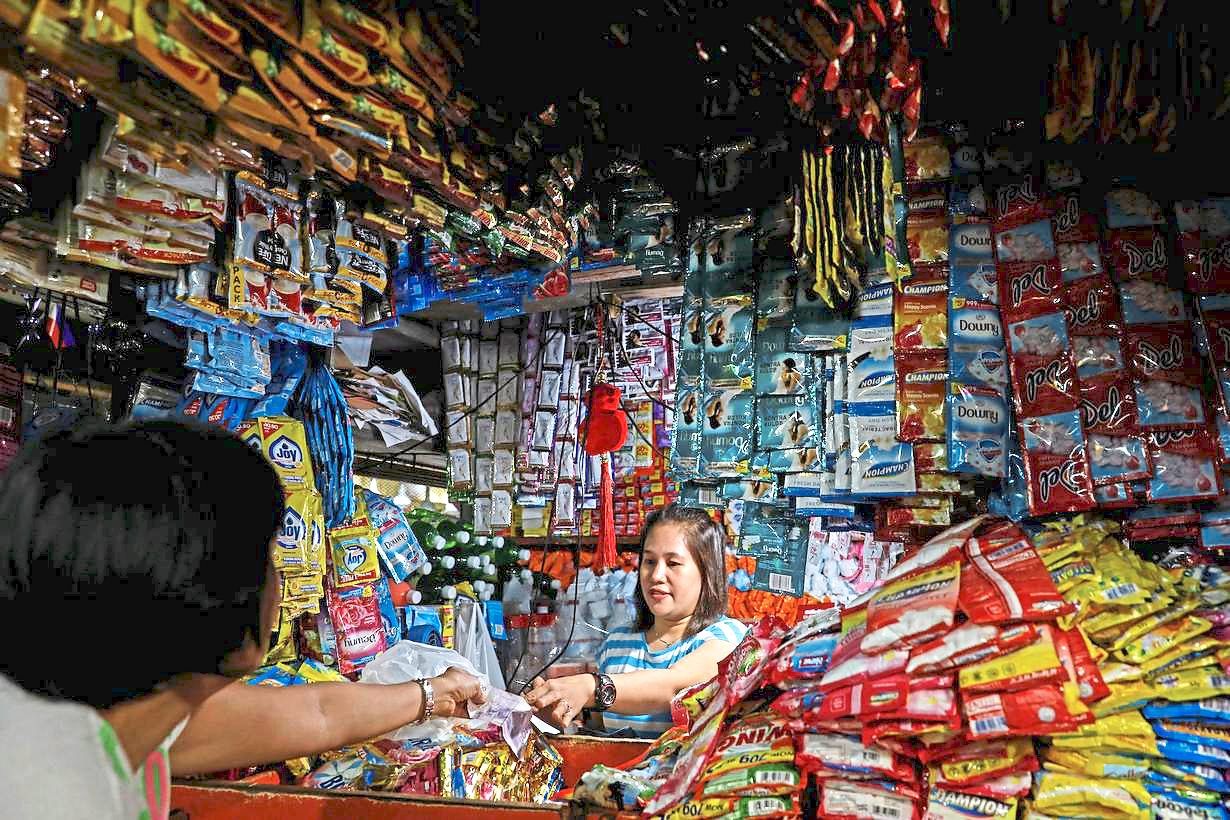 HAPPILY, there is now a broad consensus among scientists, environmentalists and politicians that single-use plastics have had a devastating effect on our environment – and contributed significantly to the Philippines’ notorious distinction of being the third largest plastic polluter in the world.

Even President Marcos Jr acknowledged this in his inauguration speech, vowing that “we will clean up”.

Pouches have been identified as an important part of this problem. As my colleague Ceres Doyo recently wrote: “People who cannot afford to buy large quantities (say of cooking oil) buy tingi (one sachet) which is packaged for single use. It is these small empty and discarded plastic wastes that we see floating after a heavy downpour. They find their way into streams and further into rivers and seas, and become the scourge of marine life.

It is necessary to act on this problem urgently and decisively. But as we ponder and debate the best course of action, it’s insightful to review how we came to be what Doyo calls “tingi/nation bag” in the first place.

Interestingly, the practice of tingi-tingi was not pioneered by the major manufacturers we associate with pouches today.

“Long before multinationals and large local companies started producing product pouches, there was activity tingi or piecemeal in the Philippines,” note Ang and Sy-Changco (2007).

“The sari-sari (miscellaneous) stores bought household items such as sugar, vinegar, shampoo, cooking oil, even cigarettes and candies in bulk, and sold them to their customers piecemeal : by the stick, by the piece, by the tablespoon or Cup.”

Ang and Sy-Changco continue: “With this knowledge, a shampoo manufacturer decided to try to sell its shampoo in packages similar to the small plastic bags that the market was already using. Thus began their successful foray into shampoo sachet marketing. Other manufacturers of a wide range of consumer items soon followed suit.

Initially it was the poor who were targeted by micro-products, for whom they signified an aspirational status, but the sachet phenomenon was also embraced by wealthier consumers, finding them more convenient or, in some cases , more economical. And so, from the 2000s, pouches became such a boon to manufacturers and retailers that they continue to be a case study in marketing courses – and their dominance is on full display in supermarkets today. today, where there are sachets for everything from hair wax to tomato paste.

But as we now know all too well, they have become a blight on the environment and they have found their way not only into the most distant sari-sari store, but into the stomachs of various species.

In light of the historical background above, it is clear that manufacturers – who have benefited enormously from the popularization of sachets – must take responsibility for repairing the damage caused by their products, including by investing in and implementing other methods of packaging.

Alas, many companies have been slow to do so. For example, Reuters recently reported that “even though Unilever executives have publicly denounced the environmental damage caused by this packaging, the multinational has worked to undermine laws to phase out the sachets in at least three Asian countries.”

A bill recently introduced by Senator Loren Legarda articulates other elements of a possible solution. In Senate Bill 246, she calls for the phasing out of single-use plastics, defined as “grocery bags, food packaging films and bags, water bottle manufacturing, straws, stirrers.” , containers, polystyrene/styros, plastic cups, bags and cutlery. .” Basically, his bill aims to incentivize consumers and manufacturers to adopt alternatives, while making them responsible for collecting, recycling and disposing of these plastics.

SB 246 also calls for more funding and support for “single-use plastic packaging research.” In the same way that tingi-tingi was itself a local innovation, our researchers can certainly find ways to replace it with something that makes both practical and environmental sense. In fact, our researchers have already provided information on how to solve our plastic problem based on their research. For example, National Academy of Science and Technology Academician Agnes Rola called for a “river-based plan” to manage plastic waste, while emphasizing the role of local government units.

Ultimately, all of the above actions will require leadership at the highest levels of government to create political support and an enabling environment for all of these steps to occur in a concerted and sustained manner. In the face of an ever-worsening plastics crisis, we cannot afford to have solutions tingi-tingi. – Philippine Daily Inquirer/Asia News Network