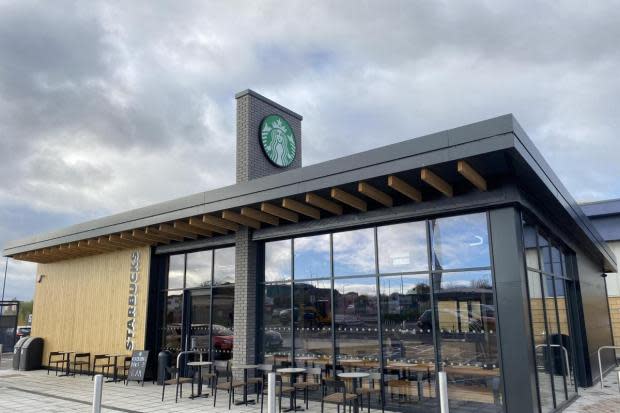 A Starbucks drive-thru and a new gas station have won councilor approval.

The cafe and service station will be built near Admiralty Way, the Fox Cover industrial estate, Spectrum shopping park and a ‘garden village’ development in Seaham.

The plan, by CG Robinson and Sons and CJ Leonard and Sons, quickly got the green light from Durham County Council’s planning committee.

The caravan park proposals had been removed from the program, the meeting announced on Tuesday (October 4th).

“However, following amendments to officers’ proposals and opinions, this has been removed from the application.”

He said there had been objections from Seaham Borough Council over potential waste issues, green credentials and proximity to the garden village, while the National Trust and CPRE (Campaign for the Protection of Rural England ) were concerned about impacts to the heritage coast and countryside. , and two letters raised issues of road safety, parking, crime and anti-social behavior.

“However, many of them were related to the now-omitted caravan site,” Mr Blakey said.

He said the removal of the caravan park “has significantly reduced the impacts on the landscape, the road network and the locality”.

Planning officers recommended approving the plan, saying it would meet trade and demand for passage.

Councilor Maura McKeon asked the plaintiff to defend the gas station “in light of the shift we’re all going to have to make soon towards electric vehicles, phasing out petrol.”

She said, “I’m afraid there’s a little white elephant over there.”

Planning manager Stephen Reed said: “I think the general view is that as society changes and there is a modal shift towards electric vehicles, I have no doubt that the operator will have to change its business model.

“While that’s a very good point, I don’t think we would give that any real weight in determining the planning.

“Obviously we are in very changing circumstances as transport moves towards a more electric model.

“My personal view is that it’s more likely that over the years the operator here may have to change the layout.

“It’s a business plan decision for the candidate to make.”

Cllr Carl Marshall said: “I think it’s not in the gift of this committee to look at the viability of companies and their sustainability.

“I think we’re a long way from diesel and (petrol) cars that aren’t on the roads as such and I think until then, unfortunately, there will still be a need for petrol stations.

“This will create much-needed jobs.”

Cllr Craig Martin said: “It’s not the job of planning to deal with the looming future difficulties of petrol and diesel versus electric and this phasing. I will support that.”

He said such facilities were necessary to attract people to work nearby: “We can’t just think of building business parks. We need to build additional elements.

The Environment Agency objected, saying there was not enough information on managing ‘unacceptable’ risks to groundwater, but Mr Blakey said a condition of planning could guarantee a technical solution to this problem.

All councilors voted to adopt the plan except for one abstention.

What do you think of the projects? Why not leave a comment on this story. Go to the beginning of this story and leave your thoughts.

If you want to read more great stories, why not subscribe to your Northern Echo for as little as £1.25 a week. Click here.