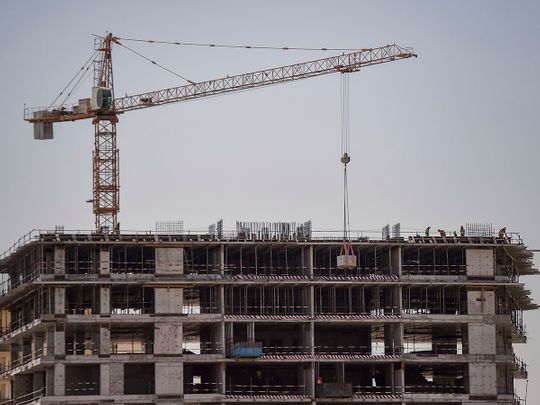 Sharjah: Sharjah police have arrested a 10-member gang who stole dozens of copper cables and wires from various construction sites in the eastern region of the emirate.

The Criminal Investigation Department of the Eastern Region Police Department of Sharjah Police was first informed that a number of unknown men broke into construction sites, especially in the Khor Fakkan region. , and had stolen large quantities of cables and copper wires.

In view of the reports received, a security team was set up to investigate these thefts. The police team gathered details of the sites from which these thefts were reported and the criminal method used. As a result of investigations, police were able to detect the criminals after one of the guards at a construction site noticed a group of strangers at the site, trying to damage one of the cables electric. As soon as the security guard sounded the alarm, the police intervened, forcing the criminals to flee, leaving behind their instruments that were used to commit the crime.

Soon, police were able to identify five people suspected of being involved in the case. Investigations also revealed that there were other gangs operating in the area, committing similar crimes. Following an intensive search operation, the police were able to arrest a total of 10 people.

Investigations revealed that the men were part of a network specializing in the theft of cables and wires on construction sites. All of the men confessed to their crimes and also revealed the places where they used to hide stolen items. They were arrested and referred to the public prosecutor.

Lt. Col. Saeed Khalfan Al Naqbi, head of the Criminal Investigations and Investigations Department of the Eastern Sharjah Region Police Department, said the theft of electrical wires and copper has become a concern for facility owners under construction and the companies involved.

The Sharjah Police General Command has launched a security awareness campaign for owners of facilities under construction, educating them on the security measures that must be adopted to protect sites from crime. The suggested measures included the deployment of permanent security guards to the sites and the storage of all construction materials and equipment in a secure location. They were also advised to ensure that the sites are properly lit at night for better monitoring.

Lt. Col. Al Naqbi advised all owners of construction facilities to adhere to safety and preventive measures at all times to reduce theft and report any suspicious activity or movement on or around construction sites. by calling the Eastern Region Police Department on 092370000 for non-emergencies or through a guard service through the General Command on the Sharjah Police Application.