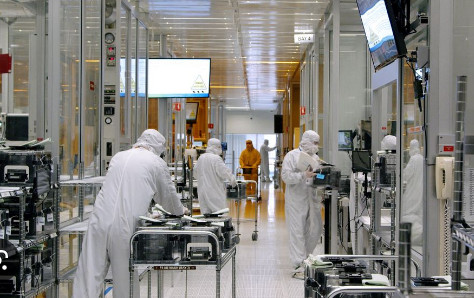 Europe is facing disruptions in its energy supply. The Middle East and Africa are grappling with grain shortages. And pretty much everyone is struggling to get their hands on semiconductors. As disruptions to the flow of vital commodities become more common, economies and businesses have important choices to make. The most fundamental seems to be whether to withdraw from global integration or reinvent it.

For many, the temptation to retreat can be strong. From Russia’s war on Ukraine to the Sino-American rivalry, the global order is increasingly contested, and when value chains are global, a single disruption can ripple across the planet. But, as we show in a new research paper, exiting these value chains would not be as easy as one might assume.

For decades, the world has sought rapid and comprehensive economic integration – and with good reason. By enabling greater specialization and economies of scale, global value chains have improved efficiency, lowered prices, and increased the range and quality of goods and services available. By supporting economic growth, it has boosted incomes and employment – ​​but not for all – helping to lift people out of poverty.

With integration came interdependence. As we show in our article, no region today is close to self-sufficiency. Every major region of the world imports more than 25% of at least one major resource or manufactured good.

This undoubtedly generates risks, especially when it comes to goods whose production is highly concentrated. For example, most of the world’s lithium and graphite – both of which are used in electric vehicle (EV) batteries – are largely mined from three or fewer countries. Natural graphite is highly concentrated not because of reserves, but because over 80% is refined in China.

The question is whether countries – and businesses – can mitigate these risks without giving up the myriad benefits of global trade. Some are already embracing diversification. Many consumer electronics companies have expanded their manufacturing footprint in India and Vietnam to reduce their reliance on China and access emerging markets. Similarly, the US, EU, South Korea, China and Japan have all announced measures to increase domestic production of semiconductors. Although semiconductors account for less than 10% of total trade, products directly or indirectly dependent on them account for around 65% of all goods exports.

But diversification can take time and often requires a large initial investment. Minerals – among the most concentrated commodities in the global system – are a good example. As the International Energy Agency has pointed out, the development of new deposits of critical minerals has historically taken more than 16 years on average.

It’s not just about developing new mines; countries also need to build processing capacity and find workers with the necessary skills. And all of this must be done in a way that mitigates the considerable environmental impact of mining and processing.

Innovation can enable players to circumvent these obstacles. Already, efforts are being made to develop technologies that rely less on natural graphite, and electric vehicle makers are experimenting with approaches that use less cobalt, if at all. Faced with rising palladium prices, the multinational chemical company BASF has developed a new catalyst technology allowing partial substitution by platinum.

Another way to build resilience can be to change our approach to sourcing. Businesses can work with each other and with governments, through public-private partnerships, to leverage their joint purchasing power, bolster their supplies of vital goods and help build more sustainable economies.

Models of this cooperation are already emerging. The Canada Growth Fund aims to use public funds to attract private capital to accelerate the deployment of technologies needed to decarbonize the economy, including increasing domestic production of critical materials like zinc, cobalt and rare earth elements. And the First Movers Coalition – comprising more than 50 private companies around the world – has pledged to use its collective buying power to create markets for innovative clean technologies in eight hard-to-reduce sectors.

Such strategies show that we can mitigate risk and build economic resilience without abandoning the interdependence that has lifted more than a billion people out of poverty in recent decades. Rather than trying to withdraw from the global economy, we must reinvent it.