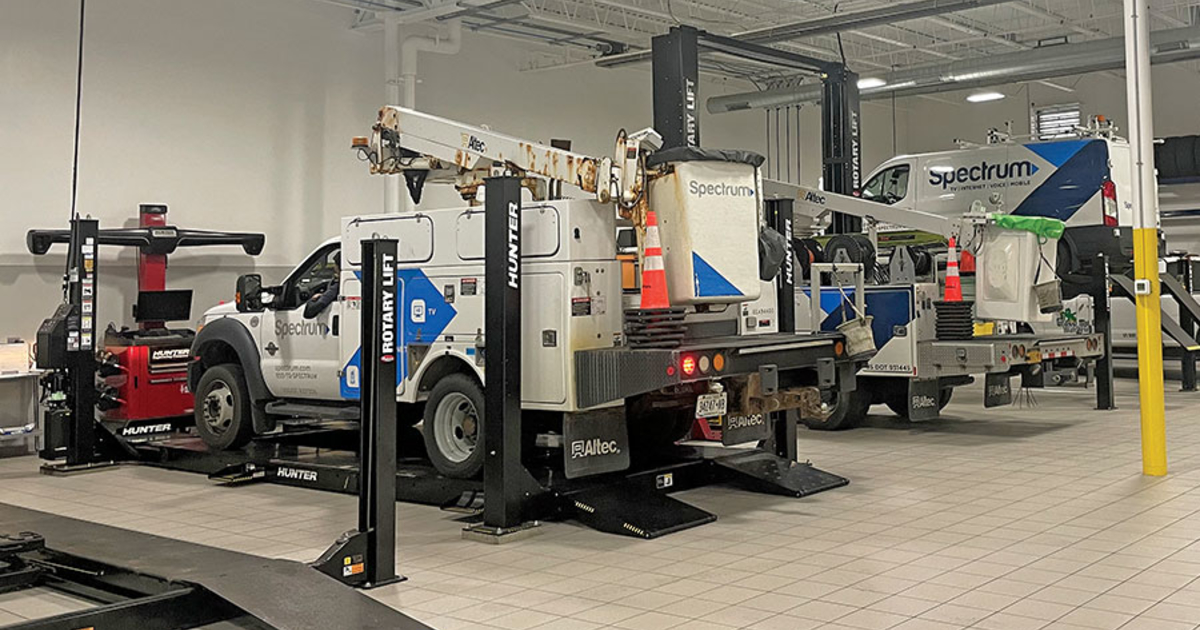 About 75 to 80 percent of the center’s customers are new, Mackey said. Some have come to the service center after being turned away by other Ford dealerships in the area due to lack of equipment or interest in the job.

Mackey estimated that about 90% of vehicles brought in for service, which range from routine maintenance to engine overhauls, are Ford vehicles.

The Adirondack Mountains, a popular upstate New York tourist destination, are less than two hours north of Saratoga Springs. Mackey said the center attracts some of those travelers with RVs and motorhomes, which are often equipped with Ford engines, transmissions and chassis.

“We have clients who come here from Binghamton, NY, [and up] across the Canadian border,” he said. “We have a company based in New Hampshire three hours away that sends their entire fleet here.

Other fleet customers include companies such as Best Buy and Frito-Lay, but also an appliance repair company and local municipalities, Mackey said.

Mackey was previously vice president of New Country Motor Car Group before stepping down from the group in 2019. In 2020, Mackey Auto purchased a Chevrolet store in Middlebury, Vermont, and acquired another Chevrolet dealership in Greenwich, NY, in December 2021.

The group sells around 200 new and used vehicles per month, Mackey said.

The commercial service center has nine employees, including six technicians. Mackey Auto has also not been immune to the industry-wide shortage of technicians.

“We could double the business we’re already doing here tomorrow if we had the techs,” Mackey said of the center, which gets about 12 to 15 new repair orders a day.

Mackey described the business as a profitable niche and well worth the significant investment.

ISA Corp. chooses the county of Geneva for its glove manufacturing