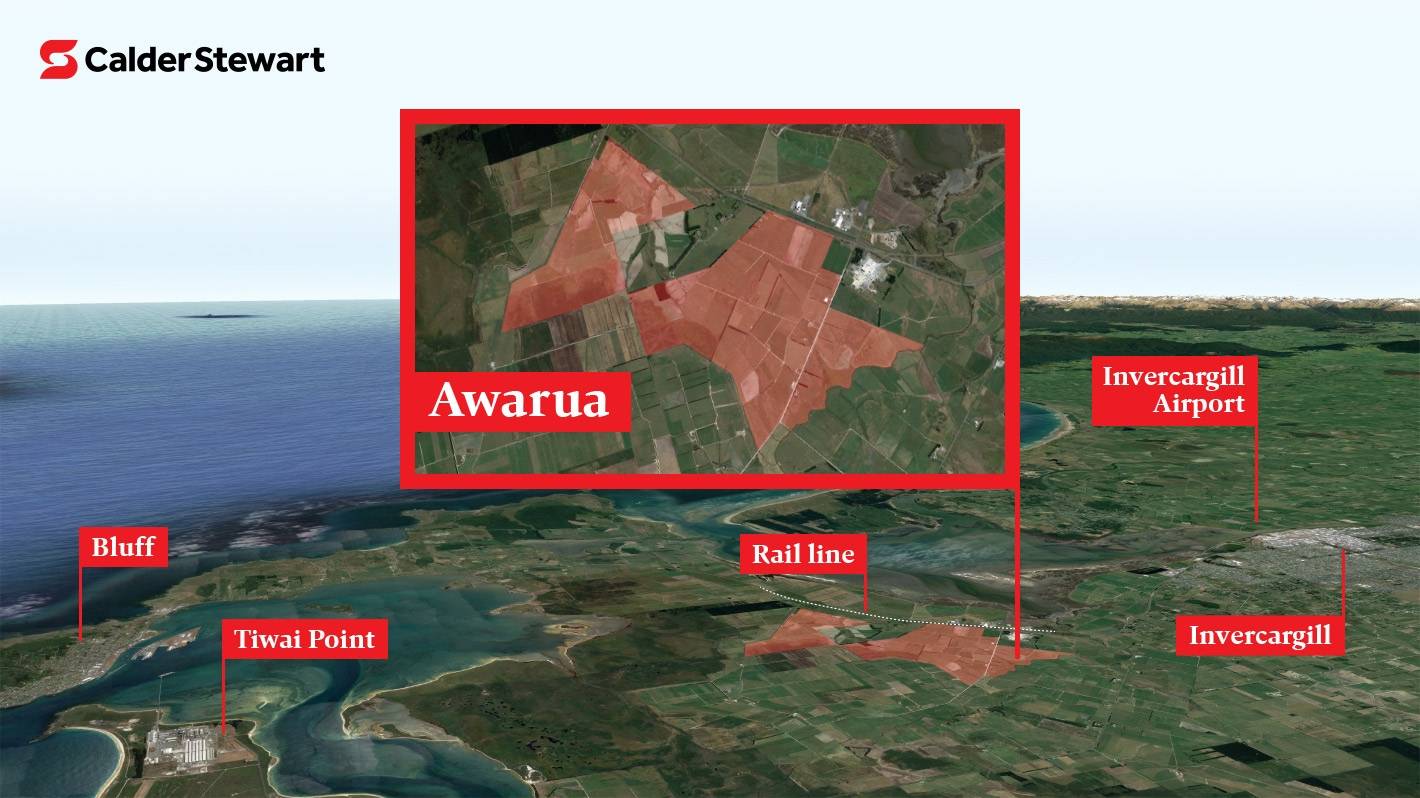 Masterplan a work in progress for massive industrial development near Invercargill

Calder Stewart says the 513 hectares of industrial estate he plans to develop in Awarua, 10 km from Invercargill, is positioned to become a flagship for economic development in the south.

Proponents of a massive industrial development near Invercargill will unveil a “master plan” in the coming months, but cannot say when work will start on the site.

Calder Stewart’s land acquisition development manager, Ben Stewart, said its 513-hectare development at Awarua was a “long-term game” for Southland, but how much of the long-term remains unknown.

The company announced nearly two months ago that it had acquired the industrial estate land from Invercargill City Council, saying the area was well placed to become a flagship for economic development in the south.

This week, Stewart said the company has been working on several initiatives over the past two months.

This included high-level general planning for the site, including stormwater management, roads, infrastructure, services and water.

Given the size of the site, the development would be staggered over time, but the company was well into the planning and feasibility process which would determine the ultimate timing of this.

“As a result, although we currently do not have fixed timelines, we are now making significant investments in the site and intend to have an overall master plan to share in the coming months.”

Calder Stewart did not intend to wait for other industry decisions, such as the future of the Tiwai Point aluminum smelter, before embarking on his broader plans for the site.

“While we approach the development of the site with a long-term view, we do not plan to sit on the ground until further decisions are made.

“One of the benefits of site scale is that we have different options in terms of division and use. Our initial master plan is undertaken with this in mind, so there is flexibility in how it is used. and no dependence on any particular activity.

The size and scale of the development meant it could be used for a variety of purposes, Stewart said.

“But what are these businesses and how many will be driven by the general planning exercise we are currently working on.”

With State Highway One, Invercargill Airport, a rail line, and the South Port nearby, it offered various benefits to occupiers, Stewart believed.

At 513 hectares it was one of the largest industrial estates in Australasia, so considerable time and cost would be required to unlock the property, and a strategic approach was needed, he said.

The former dairy farm was purchased by Invercargill City Council between 2006 and 2008, in four stages for a total of $9.505 million, with the aim of facilitating industrial development.

Council chief executive Clare Hadley declined to reveal how much the council sold the land to Calder Stewart for, but said the information would be included in a property investment report to be made public on the council’s website. board, which should be shortly.

Southland Chamber of Commerce chief executive Sheree Carey said she was looking forward to seeing what Awarua’s development master plan showed and the timeline associated with it.