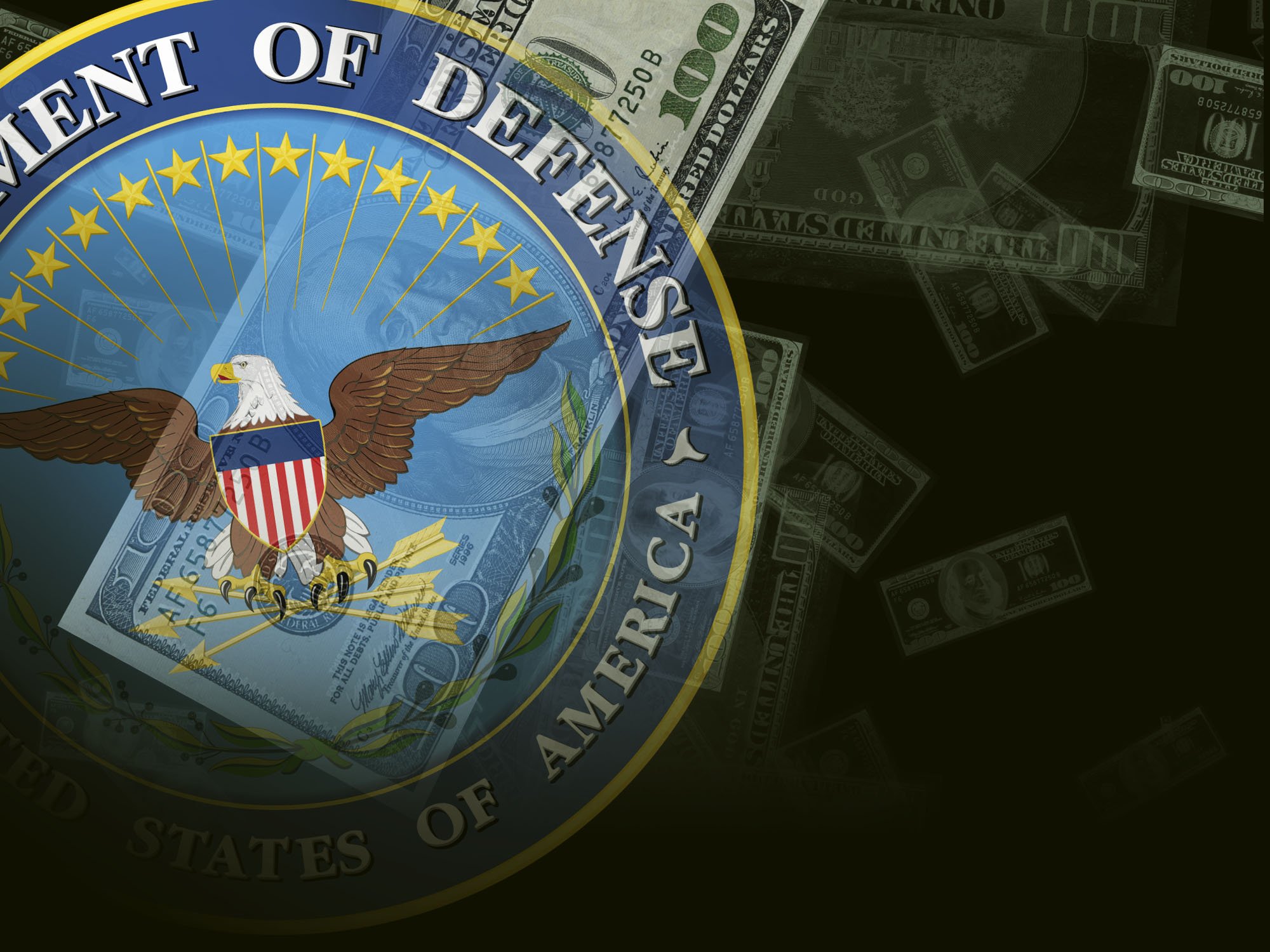 The best listening experience is on Chrome, Firefox or Safari. Subscribe to Federal Drive’s daily audio interviews at Apple podcast or Podcast One.

For anyone in Washington wanting to understand anything about the Department of Defense budget, Todd Harrison has been a go-to analyst. Today, after seven years at the Center for Strategic and International Studies, he is leaving to join a defense company. the Federal Drive with Tom Temin told him about the move.

Tom Temin: Todd, it’s good to have you.

Todd Harrison: Hi, thanks for inviting me.

Tom Temin: Let’s start with what makes you leave that third party, that honest broker, that kind of analyst’s perch and turn to one of the companies.

Todd Harrison: It’s really the opportunity at Meta Aerospace, it’s presented itself and the great team that they’ve put together there, that I can be part of, you know, the most attractive part is that I’m going to be able to put in place a new research and analytics entity within the company to continue doing the same type of research that I had been doing, but doing it from a different perch, and quite frankly, in a place where we gonna get skin in the game, which you know, if my analysis says, hey, this is a really exciting market that you know, we need to get into, I better be right.

Tom Temin: So you’re not going to run to Sea-Air-Space, try to set up appointments for demonstrations and that sort of thing.

Todd Harrisson: Oh, no, I’m not going to take the sales plunge.

Tom Temin: OK fine. Well, I wanted to get your perspective. First of all, you’ve been tracking the evolution of the budget, which roughly should be tied to what the military thinks it should do and what Congress thinks it should do. And what is your general sense of how I don’t know, effective? Or how accurate or efficient is budgeting at DoD compared to what the nation faces? I mean, what is your general impression after these years?

Todd Harrison: I’ve been in the think tank world for 13 years now. So it’s CSBA before CSIS, and throughout that time, you know, the defense budget has really been at the core of my research portfolio, as well as space and air power. But really, a lot of my work has focused on aspects of the defense budget. And I’ll tell you, my opinion is that the budgeting process is broken. It is broken within the department, the planning, programming, budgeting and executing system is an industrial age system. And that’s not what we need to be competitive now and in the future, and the digital age and the congressional budget process itself. I mean, that kind of thing goes without saying, it’s pretty broken when it becomes common that we go six months into the fiscal year without a budget being passed, just operating on rolling resolutions. So I don’t think the current way of doing business will work for long. And if we really want to compete with China, if we really want to be able to innovate our adversaries and potential adversaries, we can’t do it effectively by continuing to business as usual.

Tom Temin: And competition and innovation are all great, but ultimately the military must win wars. And isn’t that really the goal that should be part of it? And is it a doubt with the way things are going in terms of budgeting and planning?

Todd Harrison: Well, you know, I would go a little further. It’s not just that you want to be able to win a war, you want to be able to do more than that. You want to be able to deter a war. And so you have to have a credible and capable force so that an opponent doesn’t even want to fight with you. And yes, I think we risk losing that. I think we’ve seen our competitive edge gradually erode over the years. And I think deterrence in many parts of the world and in many areas has started to become more and more questionable.

Tom Temin: We speak with Todd Harrison, until last week was an analyst at the Center for Strategic and International Studies, having just joined Meta Aerospace. And back to this PPBE. I mean, at one point it was PPB. And somewhere maybe around the Nixon administration, they added part E, the execution part of the budget. But in general, he was impervious to reform. And there’s been a lot of gyrations on how to make it work better, but it’s basically the same old instrument. And now there is a commission about to be formed to look into it, who knows how long it will take, why so insensitive to reform for something so crucial, do you think?

Todd Harrison: You know, at the end of the day, I think the process the DoD uses is driven by the process Congress uses, right, and so they’re trying to create a process that will match what Congress is doing . So I’m of the view that change actually has to start with Congress. And what I would start looking at, you know, if I was advising the PPBE committee, and I know several of the members of maybe they’re listening, I would tell them to start on the Congress side, and in particular, to look at how the money is appropriate, and the obsolete titles of the budget that we use where we divide the money and we restrict how you can spend it and the rate at which you can spend it depending on whether it’s, you know, research and development or supply or operation and maintenance, etc. It doesn’t work anymore.

If you are developing a software-intensive program that may have hardware, but most of the work is actually in the software, where is the difference between developing, producing, and maintaining that code? You are really doing all of this at the same time. So the idea of ​​allocating the money this way, and these categories, and then putting restrictions on it, and restrictions on how you can move the money around the budget, and how fast you have to spend the money. It just leads to bad behavior, suboptimal performance, and it also locks us into this industrial base, where the DoD is constantly in the mindset of, well, you know, if we want a new capacity, we have to hire a contractor, pay with a cost-plus contract to develop it, then we’ll come back and pay them again to produce it, then we’ll come back and pay them again to help us maintain it, d ‘deal. And if you want to innovate, you can’t operate that way anymore. Especially when you’re asking for all that funding, you need a lead time of about two years from when you’re trying to put it in your palm your budget proposal and then submitting it to Congress and waiting for Congress to pass the appropriate money, then come back and be able to oblige the money, right? You can’t do that anymore with this kind of system, we increasingly have to look at where you can just go to the industry and say, I want to buy a capability, I want to buy it off the shelf, sometimes I I’ll buy it as a product, sometimes I’ll buy it as a service. And we need budgeting in a congressional appropriations system that is more flexible and able to adapt to these kinds of new procurement environments.

Tom Temin: Of course, if you take the colors out of the money or reduce them, it’s up to the DoD to make sure they really get results and don’t spend the colorless money they have, but nothing to show for it. And that hasn’t always been the case either.

Todd Harrison: To the right. I mean, it’s always a balancing act, you know, you want Congress to give enough flexibility to the department so they can use the money effectively and not make bad decisions or rush decisions or ineffective decisions. You also want to give Congress enough information to do effective oversight to make sure the money is being used wisely. So it’s a balancing act. And you know, I hope the commission will take a close look at this and try to figure out how to find a new balance that actually works in today’s technological environment.

Tom Temin: And what we have you, you mentioned that you will be doing research and analysis and types of budget work for Meta, what does Meta do?

Tom Temin: We should say Meta Aerospace. Because there is another company called Meta, we don’t want to be confused with them.

Todd Harrison: Yeah yeah. It’s not Facebook, no relationship. No, Meta Aerospace does a lot of different things. And, you know, the core business is basically providing effects as a service for defense. And, you know, it’s in a lot of different areas. I mean, an example is the airborne ISR, you know, which provides this as a service. So you buy it by the hour, or air-to-air refueling as a service, they already do that today, you know, with their own fleet of tankers that they operate, maintain themselves, and then can just delivering that on time, by the pound of fuel to the customer as needed. There are also business units, you know, in many different fields, that study simulation, AI, a lot of things. So it’s quite a diverse business. And that’s, that’s what makes me excited to get to where, you know, there’s a lot of potential avenues that my research can end up going down.

Tom Temin: Just make sure I understood you correctly. Does the company have planes that can refuel military planes?

Tom Temin: Why doesn’t the Air Force buy them? Whatever they are ?

Todd Harrison: That’s a good question. The Navy is already buying the service. That’s a very good question. Why hasn’t the Air Force started doing what the Navy has been doing for some time by using aerial refueling as a service to supplement its own organic capabilities?

Tom Temin: And if you refuel a really big plane, do you get a set of cocktail glasses?

Todd Harrison: You know, that I don’t know. But I still want to try to find a ride on one of the planes and sit there with the boom operator.

Tom Temin: Alright, send us pictures if you do. Defense analyst Todd Harrison is now senior vice president of Meta Aerospace. Thank you very much for joining me.

Todd Harrison: Thank you and I hope to be in touch.