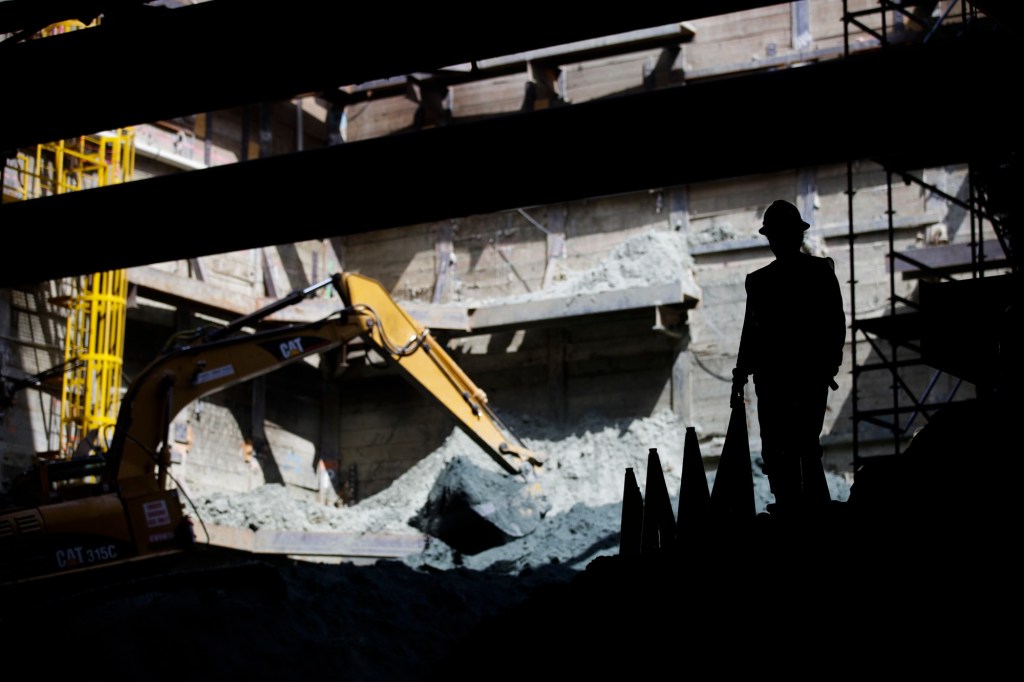 In a letter to contractor Tutor Perini O&G (TPOG), part of a staff report sent to the board on October 21, metro officials cited dozens of injuries since July 2021, including several workers who fell from ladders, one who slipped and broke his foot, others had his fingers lacerated and crushed, one had flash burns to his eyes and several were struck by badly damaged pipes and hoses. fixed.

LA Metro, the county’s transit agency that operates buses, trains and bike share, is in the midst of an ambitious plan to expand subways and light rail lines and add new lines , in a race to be completed by the start of the Olympic Games in the summer of 2028.

The $9.5 billion, 9-mile-long Line D extension project, under construction since 2014, is being built in three sections stretching from Koreatown to Wilshire and Western to Westwood Station /VA, the western terminus. The first phase, from Wilshire and Western to Wilshire and La Cienega, is expected to be completed in 2024. The second phase extends approximately 2.6 miles to Century City/Constellation, with completion expected in 2025, and the the third phase extends to the West Los Angeles VA campuswith completion expected in 2027.

“It is too early to speculate on whether this would affect the final delivery of the project, as Section 2 is expected to be completed in 2025 – two years before the third project segment opens to Westwood/VA in 2027,” Metro spokesman Dave Sotero said in an email response.

Sotero said the work stoppage in the second section until Nov. 7 is “a short period of suspension.”

In the board report, Metro said it had sent 10 letters since October 2020 to the contractor outlining safety issues. But, according to the report, the situation has worsened. The letter to the TPOG cites nine injuries and other incidents over the past year, including five injuries in the past three months and two in the past 10 days.

“There is a continuing pattern of security issues that have not been adequately addressed by TPOG and have continued to persist unchecked. A fundamental shift in security culture is needed on the project,” the letter concludes.

When asked to comment on Metro’s letter and report, Jorge Casado, a spokesman for Sylmar-headquartered Tutor Perini Corp., emailed a statement:

“We are strongly committed to providing a safe and healthy working environment for our employees and to working in a manner that ensures the safety of our contractors, customers and the general public, as well as the protection of facilities, equipment and of the environment. We investigate and work with Metro to resolve the issues they have identified, determine their cause, and ensure that we meet the high safety standards we have set ourselves and strive to achieve every day.

Along with worker injuries, Metro’s letter cites safety issues that the transit agency says plagued this section of the project and notes that the company failed to follow basic safety protocols.

Problems include tunnels that are not passable and others that are “extremely dusty” and contain silica dust; and ventilation in certain areas that does not conform to a Cal/OSHA approved plan. The letter also says the tunnels often contain standing water and mud, causing workers to slip.

“Safety is and always will be our first priority,” Metro wrote in a statement Tuesday. “The safety of those building our county’s transportation projects must always be protected. We expect the contractor to improve their safety policies and demonstrate full compliance with all Metro contractual safety requirements before we allow work to proceed.

In order for the work suspension to be lifted, the letter states that Metro will require TPOG to conduct a thorough assessment of past injuries and report them to Metro. It also requests that TPOG prepare a revised safety plan including additional safety training and meetings, and adhere to standards for maintenance measures and operation of construction equipment.