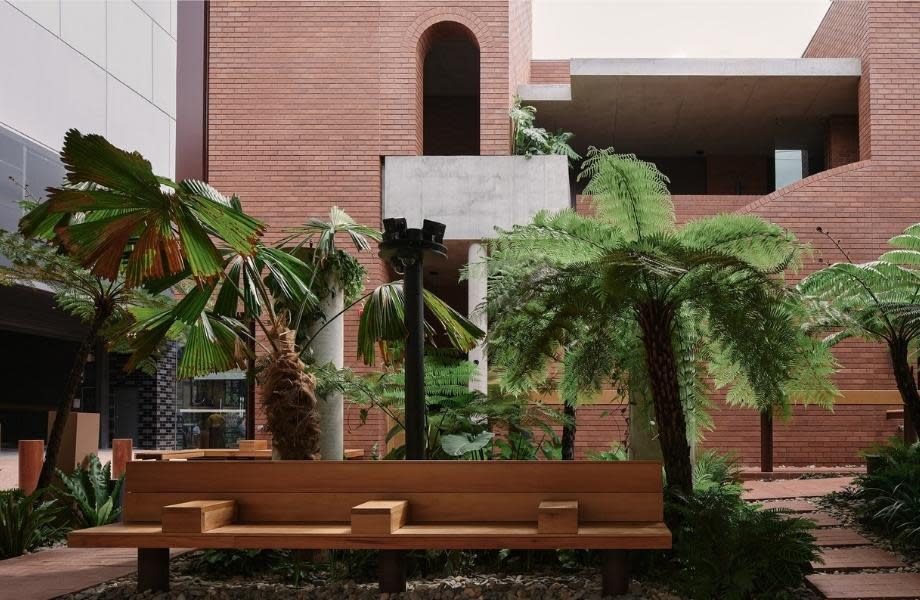 At first glance, this may look like the lucrative setback of soaring building material prices and the so-called profitless construction boom in Australia.

And, to a certain extent, it is.

But the record annual profit revealed in the annual results of the country’s largest brickmaker is not so much due to its building products business, but rather to property investment.

Brickworks, an ASX-listed supplier of building products such as bricks, tiles and masonry in Australia and North America, reported statutory after-tax net profit of $854 million, up 257% over one year.

Rising profits at its building products businesses, including Austral Bricks, Bristile Roofing and Austral Masonry, were boosted by a “remarkable” increase in the valuation of the group’s portfolio of industrial properties in western Sydney and Brisbane .

The company‘s real estate division, including its joint venture industrial property trust with Goodman Group, generated 60% of all profits, with earnings before interest and taxes of $644 million (up 155%).

By comparison, its building products business reported earnings before interest and tax of $153 million (up 220%) in Australia and $25 million in North America (up 192%).

“Brickworks has achieved an exceptional result…delivering record profits, in an environment of still volatile economic conditions.

“This has been a landmark year for the company,” Brickworks President Robert Millner said in an ASX announcement.

In particular, he said, the continued growth of online shopping and subsequent demand for well-located logistics facilities has increased the value of Brickworks’ industrial property assets.

The company’s share of the joint venture real estate trust with Goodman was revalued at $1.54 billion, up $631 million in total, with its share of the revaluation profit at $227 million.

Brickworks managing director Lindsay Partridge said one of the highlights of the year was the completion of Amazon’s state-of-the-art fulfillment centre, the first facility in Oakdale West, Sydney.

“This follows many years of planning and investment in site preparation and infrastructure for this area. With other facilities now nearing completion, Oakdale West is poised to become one of the most prestigious industrial property districts in the southern hemisphere.

Further estates in Oakdale South as well as Brisbane in Rochedale are now fully built, following the completion of final developments within the compound in the second half of the year.

Millner said that while conditions were generally favorable for Brickworks’ business, there were also several “unique challenges”.

“In the first half, our construction products businesses in Australia and North America were still significantly impacted by Covid-related issues, including restrictions on construction activities and workforce absenteeism,” did he declare.

“Then, in the second half of the year, unprecedented wet weather along Australia’s east coast and severe labor shortages impacted our operations in a number of ways.”

This included major delays in the construction of its new brick factory at a site in Sydney’s Horsley Park, which has been repeatedly flooded.

Partridge described it as a “frustrating year” for Brickworks’ Australian building products division, with supply chain pressures also slowing the speed of construction in the industry.

“Underlying demand was strong throughout the year, but sales momentum was repeatedly stifled by uncontrollable events, preventing the business from reaching its full potential.” he declared.

The company’s directors declared a fully franked final dividend of 41¢ per share, up 1¢ from the previous year, continuing its 46-year record of maintaining or increasing dividends.