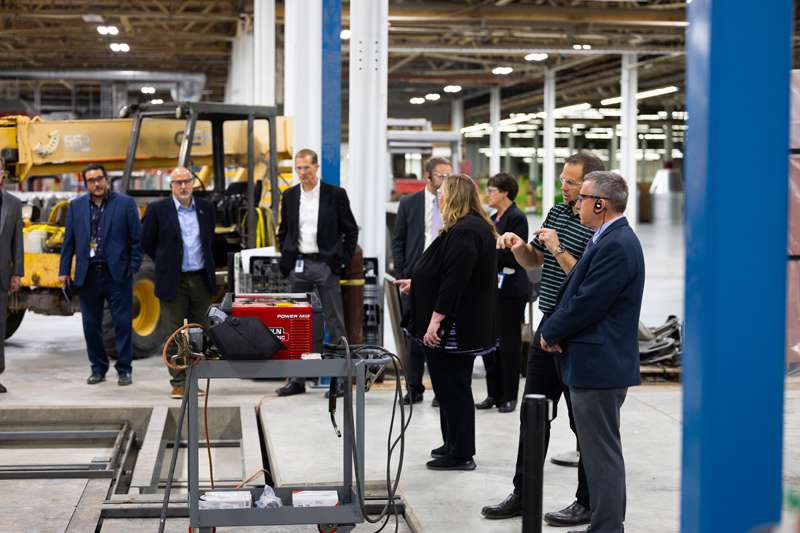 SALINA — Wednesday was a big day for Great Plains Manufacturing in Salina.

Not only did Great Plains welcome Kansas State University President Richard H. Linton and Kansas State University Salina Aerospace and Technology Campus CEO and Dean Alysia Starkey to its new construction equipment (CE) facility in South Salina, but also announced that it had recently received approval. for the second phase of the expansion of the Salina CE facilities.

“The visit was part of a growing collaboration between Great Plains Manufacturing and Kansas State University to expand business-student partnerships through networking, research, and employment opportunities,” Great Plains noted in A press release.

David Disberger, Executive Vice President of Great Plains Manufacturing and K-State Salina Dean Advisory Board Member, said, “With the expansion of our CE facility and the growth surrounding manufacturing, we are working to develop a long-term vision term and to strengthen ties with our premises. the universities. This new facility opens up more opportunities for students and their future career paths, and we are excited to explore opportunities for collaboration. »

Great Plains noted that Stage I of the CE project is “well underway, running on schedule and under budget.” So far, more than 115 employees have been hired and the company plans to hire more than 30 additional positions before the end of 2022.

Mass production of the Kubota SVL65 compact track loaders is expected to begin in September, according to information from Great Plains.

The company announced on Wednesday that Stage II of its CE facility expansion will represent “a $124 million investment that will include the installation of an automotive-grade green paint system with two paint lines, the one for powder applications and the other for liquid applications”. , assembly and manufacturing areas, and construction of an addition to the building will increase production capacity and bring more jobs to the Salina community. »

The company expects Stage II to be implemented and operational by mid-2024 and to create approximately 200 additional jobs in the region.

“Stage II is the next step in a three-phase strategic plan that will be completed in the coming years, adding production capacity and new jobs to our community of Salina. This expansion continues to show the confidence Kubota and Great Plains have in our ability to manufacture high-quality powertrains for the North American construction equipment market,” said Chris Montgomery, CE Operations Manager, Great Plains.