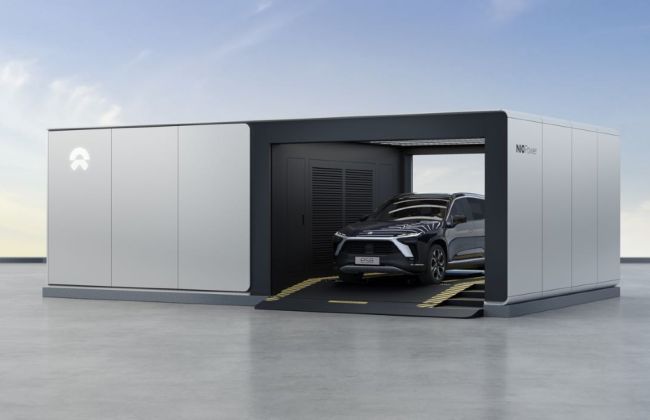 Swapping batteries can be faster than charging an EV, but there are limitations depending on the type of EV

The Union Budget 2022 did not bring much encouraging news for the automotive industry, but it announced some changes to support the growth of electric vehicles in India. One of the main ones was the discussion of a policy regarding battery exchange services. Although it favors smaller electric vehicles like two- and three-wheeled electric vehicles, it hardly benefits the four-wheeled personal electric vehicle.

The basic idea of ​​battery swapping is the same as having an electronic device that can be fitted with fresh batteries for continuous use (like a remote control) instead of having to be recharged each time (like a telephone portable). Battery swap services would allow EV users to replace the discharged battery with a fully charged one. This is much faster than charging and can also help extend battery life, unlike multiple fast DC charging cycles.

The idea of ​​interchangeable batteries has been around for a long time. However, this process is not as feasible for larger electric vehicles such as personal four-wheelers that offer a range of over 300 km. Here are some of the main reasons why we think battery swapping won’t work well in the four-wheel electric vehicle space:

Battery technology and design is one of the best-protected secrets for an electric vehicle brand. Without standardization, there is very little commonality between batteries from different manufacturers. A battery swap system for multiple brands would need tools and accessories for each type of car, which doesn’t work given the variety of systems used. For example, a battery swap station for Teslas would not work for a Hyundai EV and vice versa. On top of that, with multiple EV platforms per brand for cars of different sizes, an exchange station capable of servicing every model would be extremely expensive.

In comparison, charging ports have been somewhat standardized across brands, such as the Combined Charging System (CCS). Even though the charging capacity varies, you can at least park at a station and plug in.

While setting up an electric charging infrastructure is an expensive affair, building an automated four-wheeler battery swap station is no different. It uses a mechanized process with robotic appendages that remove the depleted battery and replace it with a fully charged battery. At the same time, it moves the removed battery into a charging bay so that it can be placed in another vehicle once charged. There are a lot of moving parts compared to a charging station, all of which add up to the final cost required to install a battery swap station for electric cars.

If the process had to be carried out by people, it would also be costly in terms of specialized training and would also take more time. Also, they would still need robotic tools, necessitated by the weight of an electric car battery.

Proponents of battery swap technology will argue that a fast charger array would be more expensive than a swap station, but exact numbers are difficult to compare due to insufficient information for a fair analysis.

Related:All electric cars will come to India in 2022

Most new EV platforms being developed have the battery pack integrated into the structure to improve vehicle dynamics. In some designs, the battery is also a structural element of the safety structure. While the skateboard layout with the battery along the floor still works, having an easy-to-remove battery would require a very different structural design. It is doable but would require a significant shift in focus for various OEMs and at high cost.

As we mentioned earlier, the idea of ​​swapping batteries to combat EV charging times has been around for some time. One of the first companies to try to offer this service, Better Place, went bankrupt. They had partnered with Renault to manufacture a Fluence ZE with battery swap technology, which was rolled out to Israel and Denmark in 2012. Not only did they not sell as many units as expected, but the investment cost of its automated battery swap stations drained the company. dry.

those who still try

Not all passenger electric vehicle brands have abandoned battery swap technology yet. A few Chinese companies are still investing in this space, the most notable being Nio. Nio said it installed its 700th battery swap station in China in December 2021 and installed its first swap station in Europe in early 2022. Their swap stations claim a three-minute downtime for each swap. Of course, they only address Nio vehicles from the ES8 electric SUV. Currently, a Nio battery exchanger has 14 battery slots with plans to introduce a 20-slot exchange station by the end of 2022.

Makes sense for electric vehicles as a whole

A policy that encourages the exchange of batteries as a service may not directly benefit people who buy electric four-wheelers, but it can still help indirectly. As most electric vehicle users come from the much more affordable two- and three-wheeler segments where battery swapping makes more sense, these segments can accelerate the push towards electric mobility as a whole, as well as an infrastructure of extended charging that can also support more electric vehicles. .

This sentiment was also echoed by Martin Schwenk, MD and CEO of Mercedes-Benz India, saying, “The battery swap announcement is a step in the right direction and will be helpful to a limited segment. However, we need a broader holistic view of the electric mobility development strategy for the passenger vehicle segment.

Ohio Floor Co. of Holmes County makes its mark from NCAA to NBA