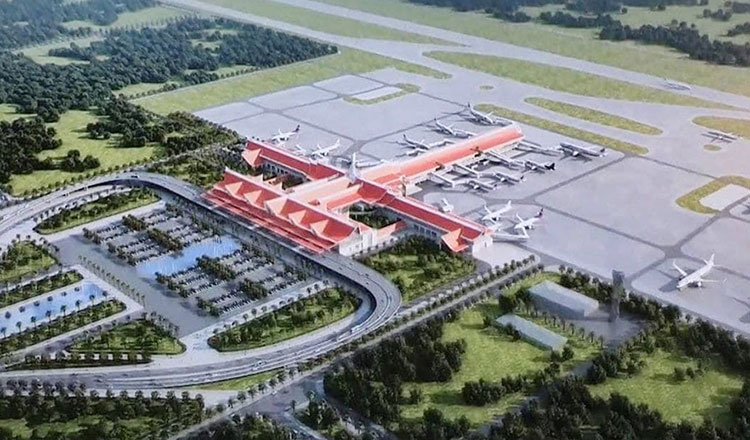 A group of Chinese experts from the company Angkor International Airport Investment (AIAI) is in Cambodia to complete the construction and discuss the transfer plan, with the project expected to be completed in March 2023.

During the Council of Ministers on September 29, Tek Reth Samrach, Minister Delegate to the Prime Minister and Chairman of the Steering Committee for the construction of Siem Reap-Angkor International Airport, met with a high-level delegation from Yunnan Investment Group , one of the main shareholders of the company carrying out the Siem Reap-Angkor international airport project, headed by Vice President Liu Mingling.

Liu Mingling thanked the Committee for their full support and attention to facilitate the implementation of this project until it achieves good results. He asked to continue and provide support to complete construction and expedite the transfer of airport operations, including personnel and equipment.

He also asked the company to be ready to discuss the airport transfer operation plan in detail for the participation of all stakeholders in the future.

The project was signed in Phnom Penh in October 2016 between the Royal Government of Cambodia, represented by Deputy Prime Minister Sok An and the AIAI company, under the chairmanship of Prime Minister Hun Sen and Xi Jinping, President of the People’s Republic of China.

The Siem Reap-Angkor International Airport Project is a project aimed at stimulating the growth of tourism and the economy in Cambodia. When completed, the airport will be able to receive large aircraft landing, which will bring more tourists from all over the world to Cambodia.

However, he expressed reservations as “the construction of the airport could be delayed from what was planned due to China’s Zero-Covid policy, which has a negative impact on the production chain, the supply of construction materials increasing shipping costs, rising costs of certain materials and travel expenses”. in and out qualified engineers.

He went on to add that “during the third quarterly meeting of the Monitoring and Consultation Technical Working Group (MOA-WG) for the construction of Siem Reap-Angkor International Airport of the State Secretariat for civil aviation, led by Mao Havanal, who advised construction companies to strive and expedite the completion of construction as planned, despite difficulties and obstacles.