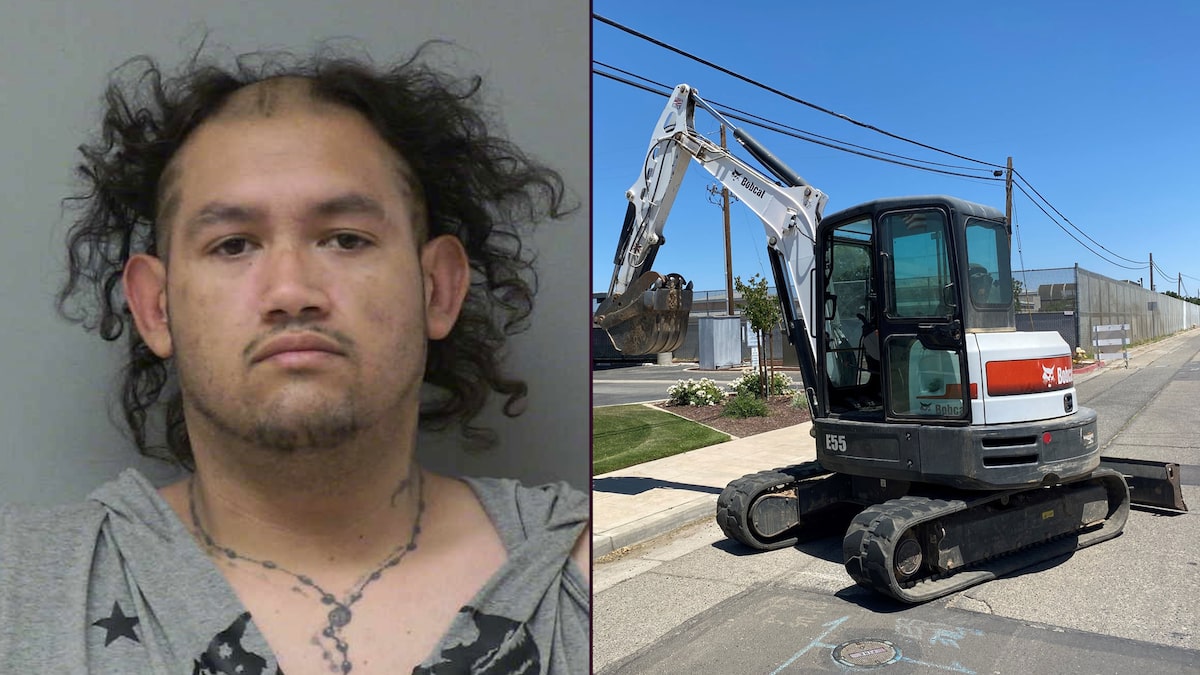 Californian steals construction equipment and tries to hit cops with it

Police in central California have arrested a man who allegedly stole a piece of construction equipment from a construction site and tried to hit cops with it when they tried to stop him.

Madera Police Department said on Wednesday that officers responded to a call on Tozer Street and 14 Avenue regarding a theft. Suspect Hugo Barrera allegedly stole an excavator and was seen driving it westbound on Avenue 14 when officers arrived.

According to the police department, Barrera refused to stop the machines, defying orders from the cops. He allegedly “tried to hit the officers with the bucket of the shovel when they approached.”

Officers eventually opened the door to the shovel and Barrera surrendered “shortly after”.

KSEE / KGPE-TV released video footage of the incident, which shows several officers trying to approach the bobcat, but the bucket continues to swing in their direction.

Jail records show Barrera was held in Madera County Jail for taking a vehicle without the owner’s consent, interfering with an officer and others.