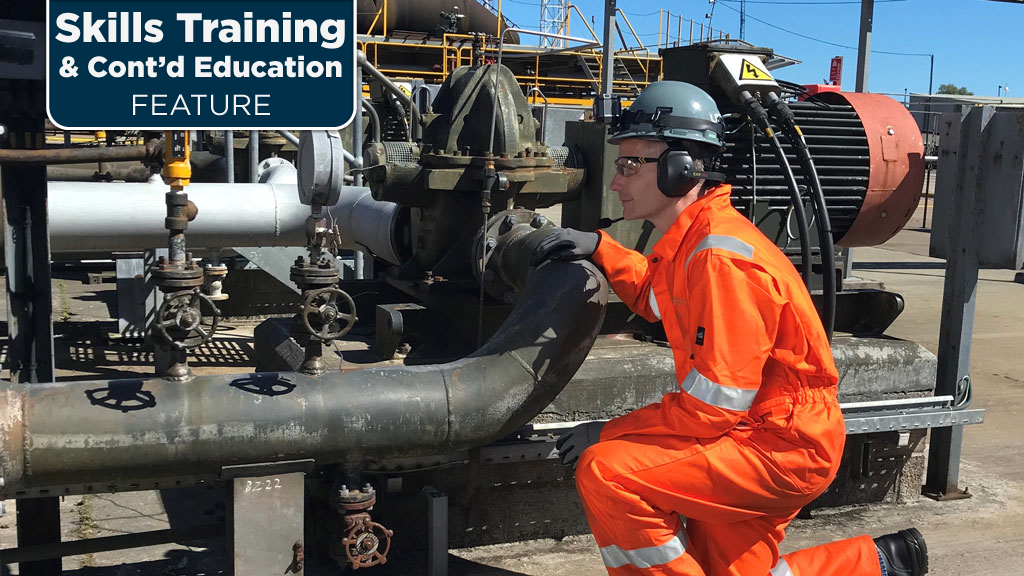 An augmented reality (AR) provider hopes to make inroads in job training in some of Canada’s most remote locations.

“Our objective is to accelerate the rise in skills of the apprentice, the newcomer to the site …”, explains Charlie Neagoy, senior vice-president of customer success, Librestream.

The AR provider incorporates a platform called digital work instruction that allows workers to set up or resolve a problem via interactive guided instructions from another location. This is done from a knowledge network platform that integrates artificial intelligence and AR technology, explains Neagoy.

“We focus on getting the right information to the right person, when they need it, wherever they are. “

Ted Polzer, product and customer support for CASE Construction Equipment, a division of CNH Industrial, sees the merits of the Librestream tool.

With dealerships across Canada – from Newfoundland to British Columbia – CASE faces “a great challenge” of having a knowledgeable technician at some of its most isolated locations when the equipment fails.

“Canada is a huge land for us,” says Polzer.

Prior to using Librestream, CASE turned to various companies with video capability to connect to remote locations in the field to diagnose issues, but video connectivity was poor in many areas due to the weak WiFi signals.

“We started a pilot with them (Librestream) in Canada just to see how well it connects in areas that don’t have good cell coverage and we were really blown away by the connectivity.”

Polzer says one of CASE’s goals is to make all of its equipment dealers work with the tool.

The tool fits into CASE’s curriculum content for its three-level training certification program open to dealers and technicians across North America.

Librestream’s product can also be tailored to the specific needs of a dealership as it is built on an “open architecture” platform. A mounted camera with flash control, zoom control and thermal imaging is one example of how far it can go, he points out.

“He found many issues that would have taken a lot longer for our customers to diagnose,” adds Neagoy.

He says a GC traveling from job site to job site can virtually have “their eyes on a problem” and provide a solution quickly.

According to Neagoy, up to five percent of all service issues can be resolved remotely by talking to a user about the solution. Alternatively, a service technician can often fix the problem if they have seen the problem online and have access to the right tools and parts to perform the repair on site.

Neagoy adds that the technology can be installed on almost any modern electronic device, including smartphones, PCs or portable tablets.

Polzer, who is unaware of other OEMs using the tool, says CASE evaluated three products before choosing Librestream in large part due to the emphasis on customer service and its need for minimal bandwidth. .

The large equipment manufacturer plans to integrate the tool into its online training course for all of its dealerships over the coming months.

Neagoy says the tool is not limited to use in heavy equipment. It can help users make installations such as liquid applied membranes for a ceiling or build a product such as ZIP System wallcovering.

“This gives you the option of having an expert do it (inspect) immediately so that you can move on to the next procedure,” he adds. “I can imagine guys spreading a shingle and starting a virtual inspection company on building things. “

While the technology is not new to Librestream (it has been retained by hundreds of companies for years), until recently it was widely marketed primarily to large corporations. “We are now starting to see it spreading to small businesses, small industries. “

Global Automotive Infotainment Market Report 2021: OF Equipped Segment Dominated in 2020 and On Track to Generate $ 9.6 Billion by 2028